Uma contribuição no blogue do escolinhas.pt.
Published by Jorge Simões on Thursday, December 16, 2010 No comments:

Relato de um testemunho de uma abordagem colaborativa da construção do conhecimento mencionada no livro de Don Tapscott e Anthony D. Williams, Macrowikinomics (ainda sem edição em Portugal mas lançado em Setembro no Portugal Tecnológico):
"We toured a class of seven-years-olds in a public school in Lisbon, a city where every child in the classroom is getting a laptop connected to a high-speed network. It was the most exciting, noisy, collaborative classroom we have ever seen. The teacher directed the kids to an astronomy blog with a beautiful colored image of a rotating solar system on the screen. "Now", said the teacher, "who knows what the equinox is?" Nobody knew. "All right, why don't you find out?" The chattering begun, as the children clustered together to figure out what an equinox was. Then one group leapt up and waved their hands. They found it! The childreen in this Portuguese classroom discovering astronomy and the solar system barely noticed the technology, the much-vaunted laptop. It was like air to them. But it changed the relationship they had with their teacher. Instead of fidgeting in their chairs while the teacher lectured and scrawled some notes on the blackboard, they were the explorers, the discoverers, and the teacher was their guide. " (pags. 144-145, edição Atlantic Books, 2010). 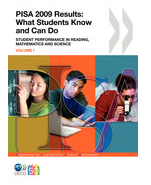 
Education in Finnland
Published by Jorge Simões on Wednesday, December 08, 2010 No comments: